Former Australian pacer Brett Lee believes that New Zealand will be slightly ahead of India in the final of the World Test Championship. Lee is of the opinion that the conditions in England are similar to New Zealand and the Kiwi pacers are used to bowling in such conditions thus will be more clear regarding their approach. Also, New Zealand has a chance to get accustomed to the surface and English weather as they are up against England in a two-match Test series.

“I am thinking though with the experience of New Zealand because they have bowled in conditions which are similar back home, you talk about the ball moving around, you talk about something in the wicket, there will be a bit of something, it may be conducive to fast bowling, to swing bowling. So that is where I think that the Kiwis might have an advantage purely from that fact,” Brett Lee claimed.

Also read: ‘Was told I had no chance of playing for Australia as I’m not the right skin colour’ – Usman Khawaja – Sky247 Blog

Meanwhile, from a batting point of view, Brett Lee believes that the teams have an equal chance as both Indian and Kiwi batters know how to play the swing bowlers well. Lee is expecting a thrilling clash at Southampton and feels it will be tough to choose a favourite.

“From a batting point of view, both sides have got batsmen that can play against swing bowling. But I think it comes down to bowling. I think whichever team bowls best will win the Test match final,” Brett Lee suggested.

Further, in the interaction, the Australian pacer lavished praise on Kane Willaimson as he drew comparisons between Virat Kohli and Kane. The 44-year-old explained Kane’s captaincy style stating that the New Zealand skipper has a conservative approach.

“Yeah, they are different. Kane is a lot more conservative without being boring. He has got a great cricket brain. I spent a fair bit of time with Kane recently and enjoy his company. I think he has got a wonderful cricket brain. I admire his level of calmness,” Brett Lee signed off. 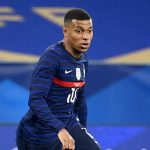 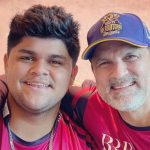