There have been numerous occasions where he single-handedly won games for India. Thus, fans have given him the title “GOAT”. GOAT is an acronym for “Greatest Of All Time”. Whenever any of the Kohli fans post anything about the batting maestro, they generally add the GOAT hashtag (#GOAT), and it instantly gets viral.

However, Twitter has gone to add a special feature to this hashtag. They have awarded Kohli with the prominent symbol of the animal, i.e. goat. Thus, this took the Twitter by storm.

As a matter of fact, #ViratKohli𓃵 became one of the top trends on Twitter as well. Be it his record as a captain, or his record as a batter, the 33-year-old has been an absolute legend of the game, and will always be regarded as one of the greatest. Thus, Kohli fans celebrated the new feature on the hashtag, and added this hashtag in all their Tweets.

Not only Kohli, but even Cristiano Ronaldo Got the icon as well. Thus, a few fans started to draw parallels between the two athletes as well. Besides, the Indian cricketer is himself a fan of the football star.

In the meanwhile, several cricketers have publicly expressed their love for Kohli. From Yuvraj Singh to Riyan Parag, the veterans, as well as the youngsters love the Indian batter. Kohli will now be seen in action during the upcoming two-match Test series against Sri Lanka.

no more a king now the undisputed goat 🥵 #ViratKohli𓃵 pic.twitter.com/gajH4MRtJr

The Bond Between 2 of India's Best ❤🇮🇳💪👑

You are looking at Abd best friend Virat kohli 😍

Look what’s trending at the top in India 🤩#ViratKohli𓃵 pic.twitter.com/eJVUY4As2u 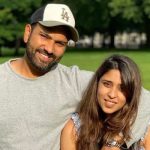 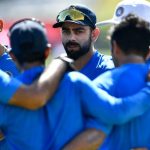