The Thai Police have confirmed that Shane Warne was experiencing chest pain before his death from a suspected heart attack. Warne was on a holiday in Koh Samui with his friends, when the tragic incident occurred. The Police also confirmed that bloodstains were found in Warne’s room. However, they ruled out any suspicious activity. They confirmed that when one of Warne’s friends was giving him CPR, he was bleeding while coughing.

“A large amount of blood was found in the room”, was Satit Polpinit’s, a commander of the local provincial police, statement to the media. “When CPR was started, the deceased had coughed up liquid and was bleeding”, he added.

The cricketing legend was declared dead by doctors in the Thai International Hospital on Friday night. The police confirmed that Warne’s family told them that the leg spinner had a history of asthma and heart disease. The superintendent of the Bo Phut police station on Koh Samui said that Warne recently went to a cardiologist as well. Thus, the police have ruled out anything suspicious about the legend’s death. Although the official cause of death is still being awaited.

Warne’s body will be taken to mainland Thailand for an autopsy on Sunday, while a timeline for the results has not yet been confirmed by Mr. Yuttana. “I am not sure as it depends on the doctor’s opinion”, he said.

Mr. Allan McKinnon, the Australian ambassador to Thailand thanked the Thai police for their cooperation and understanding on behalf of Warne’s family. “I’m here on behalf of Shane Warne’s family and his travelling companions to thank Superintendent Yuttana and his team here at the Bo Phun Police Station and the hospital in Koh Samui for facilitating this process and getting Shane Warne back to Australia as quickly as possible,” he said. 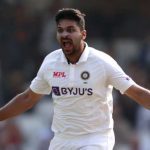