New Zealand are jubilant after becoming the inaugural Test Champions. The world-beaters have reached home and will be serving a mandatory 14 day isolation period. The World Test final was an emotional game for New Zealanders. Not only because they won the title but it was the last day of international cricket for BJ Watling. New Zealand pacer Neil Wagner revealed that Watling will take care of the World Test Championship mace for the next two weeks.

“We shared the mace around on the plane and throughout the whole night while celebrating, everybody had their turn to carry it around and make full use of that. And then on the plane, Ross Taylor got me to hand over the mace to BJ Watling, he’s going to take care of it for the next two weeks in isolation,” stuff.co.nz quoted Wagner as saying.

Watling has been a great servant of New Zealand cricket. The wicket-keeper batsman was known to be the man of crisis. The 35-year-old notched up 3,773 runs at an average of over 38, including eight centuries for New Zealand. He holds the record of 249 catches ( including 10 as a fielder) and eight stumping – the best numbers by any current Test wicket-keepers.

“I think it’s a fitting way for him to send his career off, it’s been an amazing career for us, the role he played for a number of years, just the whole person he is and heart and soul of the team. He epitomises everything we are about as a team, the team-first attitude, being a guy that scraps and fights for everything. He’ll be sorely missed in this team,” he added.

The match was severely marred by rain and it seemed that the game would end in a draw. However, the Kiwi bowlers dismantled the Indian batters on Day 6 and bowled India out for 170. They needed 139 runs to win which were knocked off by gritty knocks of Kane Williamson (52) and Ross Taylor (47) as New Zealand went on to win the game by eight wickets.

“ It’s still hard to put into words, to be fair. It still feels unreal. Everything is socially distanced, so you can’t even shake hands, and we had the mace, everyone wanted to take a photo, you can’t even do that. It’s a bit of a shame but it’s a part of the world we live in at the moment. It was quite nice to see some Kiwis walk past and see what it means to them, albeit in the distance waving,” added Wagner. 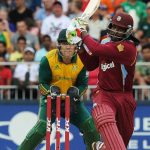