India squad for the Sri Lanka series was announced yesterday. Both the T20 and Test squads had some surprising inclusions and exclusions. Among the most debated was the axing of senior players Ajinkya Rahane and Cheteshwar Pujara, who were dropped after an extended lean patch. There was one more name that the fans were expecting in the T20I squad – Hardik Pandya. However, the all-rounder was not included in the team.

Chief selector Chetan Sharma spoke about Hardik Pandya’s omission and said that Pandya will only be considered for selection only when he is completely fit.

Addressing a virtual press conference on Saturday Sharma said, “Definitely, Hardik was a very important part of the Indian team. But now after the injuries, we’ll say that until he isn’t 100% fit, until we get that information that he’s ready to go, is bowling and is match fit… when that comes in front of us then definitely he’s an important player and we’ll consider him immediately.”

Hardik has been struggling with a back injury he picked up ahead of the Indian T20 League 2020. Since then, he hasn’t played a lot of cricket. Also, there are concerns over his bowling and BCCI is hesitant in playing Pandya as a pure batter.

In his absence, BCCI has tried out a few all-round options like Venkatesh Iyer and Deepak Hooda. The likes of Shardul Thakur and Deepak Chahar have also improved as batters thus the India team hardly missed Hardik Pandya. Pandya will next be seen leading Gujarat Titans in the Indian T20 League. 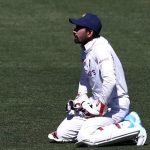 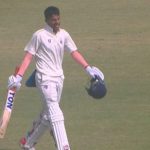