Australia have named the squad for the T20 World Cup to be staged in UAE. As expected, Australia have recalled all their big guns who opted out of the tours to West Indies and Bangladesh. Aaron Finch, who is currently recovering from knee surgery has been named the skipper of the side while uncapped wicketkeeper-batter Josh Inglish has received a surprise call-up.

Australia are going through a torrid run in international cricket, especially in the shortest format of the game and have lost five back to back T20I series. With their regulars back, the Men in Yellow can expect some favourable results in the showpiece event.

The surface in UAE are generally favourable for spinners and in Adam Zampa, Ashton Agar and Mitchell Swepson, Australia have three very good options to exploit the conditions.

Pacer Nathan Ellis, all-rounders Daniel Christian and Daniel Sams have been named as reserves for the T20 World Cup. The likes of Jhye Richardson, Andrew Tye and Jason Behrendorff, Alex Carey, Moises Henriques, Josh Philippe and Ashton Turner had a great opportunity to make a case for themselves in the T20 World Cup squad. However, poor performances on West Indies and Bangladesh tours quashed all their hopes of playing the World Cup.

“Josh has been on our radar for some time with his performances in white ball cricket and more recently in the Vitality Blast where he topped the run charts. He offers the squad flexibility in the batting order with his adaptability, counterattacking ability and power striking. He is a player we are excited about for the future.” 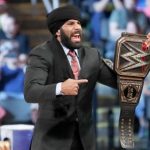 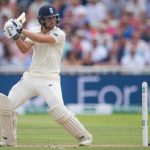