Strikers are coming off a narrow four-wicket loss against Sydney Sixers. They managed to take the game deep but failed to deliver the knockout punch. This season has been so near yet so far for the Strikers. Against the Melbourne Renegades in the first game, the Peter Siddle-led team lost by just two runs. The Strikers have enough depth and firepower in the team, but they are not firing in unison. Barring Rashid Khan, Matthew Short, and George Garton, the rest of them has not been able to deliver.

Meanwhile, the Heat have endured huge losses against Perth Scorchers, Melbourne Renegades, and Sydney Thunder. The big margins of defeats may come back to haunt them in the latter stages of the BBL as it has dented their net run-rate.

Heat’s problem has been their batting. Chris Lynn, Max Bryant, and Ben Duckett have failed to get going collectively. Often the middle-order batters have to do the repair work and that has resulted in lowish scores.

The match is going to be played at Adelaide Oval. Historically, the ground is good for batting and favours the chasing team. However, the spinners also get plenty of assistance in the latter part of the innings. 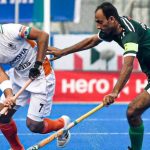 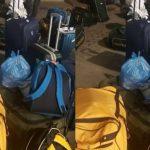