Opting to bowl, in overcast conditions and a pretty helpful pitch, the England captain would have expected their bowlers to run through the Indian top order. However, that was not the case to be as the Indians showed great grit and determination to put India on top. The day belonged to KL Rahul, who went to register his name on the honours board after playing a remarkable knock of unbeaten 127.

The wicket was tough to start but Indian openers were ready to battle it out. Rohit was the aggressor in the 126 run opening stand and scored 83 before falling prey to James Anderson. However, post his departure it was all KL Rahul who mixed caution with aggression to fetch himself a top-class hundred. Rohit Sharma was all praises for Rahul and said it was the best he had seen KL Rahul bat.

“It was probably the best I have seen KL bat and he was in control from ball one till we finished the day today. Very much in control,” Rohit said after the day’s play on Thursday.

“At no given point, it looked like he was confused or thinking too much. He was very clear with his plans and when you trust your plans, it definitely works. I thought today was his day and he made it really count,” the senior player said.

The Indian openers have been fantastic in the series. In the first Test in Nottingham, they added 97 runs and 37 in the two innings respectively. Not only the runs but the way they have weathered the new ball storm is phenomenal.

“That’s the challenge of Test cricket. You may have lot of shots in your book but when you know that conditions are against you, you have to keep talking to yourself and you have to cut down the shots that are unnecessary specially with the new ball,” Rohit explained.

“Once you play and get the feel of the pitch and conditions, then may be you can try and play some shots. We respect the conditions here and it’s also important to go out and implement plans. That is something us as a batting group have done reasonably well — right from Australia tour to today.”

Meanwhile, Cheteshwaer Pujara’s dry run continued as he was dismissed for just 9. Also, Virat Kohli will be disappointed that he once again could not convert a decent start into something substantial. 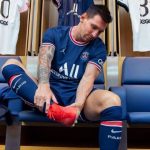 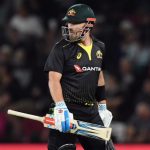