According to a report by Sports Tiger, Virat Kohli is set to be rested for this T20I series. This report further states that the selectors are keen on giving a chance to the players who perform well in the ongoing Indian T20 league 2022. Thus, the players who manage to impress the selectors in this edition could find themselves in India’s squad for the home series against the Proteas, as well as the Ireland series.

After the T20Is against South Africa, India are set to tour Ireland for two-time T20I series, followed by their tour to England. Thus, the likes of Umran Malik, Prithvi Shaw and Abhishek Sharma could be among the players to be given a chance. Gujarat’s skipper Hardik Pandya could make a comeback as well.

In the meanwhile, former India selectors MSK Prasad and Devang Gandhi gave their views about India’s ideal combination for the upcoming 20-20 World Cup 2022 in Australia, with Deep Dasgupta. Prasad stated that India’s top three are indispensable. He felt that KL Rahul should bat at four.

“These three are indispensable if fit. There is no way that you can leave any one of them for the World T20. But yes, if I look at numbers, I might just try someone like Shikhar Dhawan at the opening slot and check Rahul out at No.4.

He has a T20 hundred in Manchester some years back in middle-order, so why not. But yes, I want Virat to take a significant break and before the Asia Cup, he should be fresh, up and running,” said Prasad. Gandhi then spoke about the need for proven performers.

“These are your proven performers and when they play for India, it is completely different from the roles they have for their franchises. Also when we talk about changes, we should know who are the replacements? Are they good enough and better than those three in a pressure scenario during a Pakistan game? You need to factor in,” said Devang Gandhi. 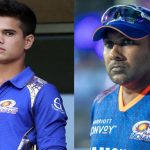