The cancellation of the fifth Test match between England and India in Manchester has divided the cricketing fraternity. The final match was called off amicably by the England Cricket Board (ECB) and Board of Control for Cricket in India (BCCI) due to the COVID-19 threat.

While some experts blamed the resumption of Indian Premier League (IPL)2021 for the same, few felt India were worried once their junior physio was detected with COVID-19.

BCCI vice-president Rajiv Shukla earlier had confirmed how talks are going on to conduct the fifth Test. Now, it has been confirmed that BCCI has offered to play two additional T20Is to settle the issue and help ECB recover from some financial losses it had suffered. ECB suffered an estimated loss of 40 million pounds. Also, if the match is declared as canceled due to COVID-19, the ECB cannot even claim insurance for it.

The BCCI officials have made it clear that the fifth Test in Manchester was indeed cancelled due to COVID-19, and it was not forfeited. BCCI’s proposal of two additional T20Is or one-off Test is now up for ECB to decide.

“It is correct that we have offered to play two extra T20Is when we visit England next July (only for the white-ball games). Instead of three T20Is, we will play five T20Is. Alternatively, we will be willing to play a one-off Test as well. It is up to them to choose either of the offers,” Shah told Cricbuzz.

Earlier, the ECB had announced its schedule for the next summer. India are scheduled to play limited-overs series. And hence the BCCI have decided to put the offer to the ECB. 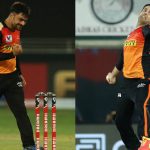 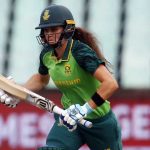