Amidst all the frenzy surrounding the fifteenth edition of the Indian T20 league, the BCCI have announced the format for the T20 extravaganza. The teams have been divided into two groups for the upcoming edition. Owing to the fact that the biggest T20 league in the world is now a ten-team affair, every side can’t play all the other teams twice. Thus, two groups have been created.

On Friday, the board announced that the ten teams shall play 14 league matches each (seven home and seven away). Thus, each team will play five teams twice, and the other four teams only once. Based on a seeding system determined by the number of titles won by each franchise, as well as the number of times these teams have appeared in the final of a tournament, teams have been divided into two groups.

Them being Group A and Group B. While Group A consists of Mumbai, Kolkata, Rajasthan, Delhi and Lucknow, Group B features Chennai, Hyderabad, Bangalore, Punjab and Gujarat. The teams will face the teams of their group and the team in line with them of the other group twice, while they will take on other remaining four teams one. For example, Mumbai will face Kolkata, Rajasthan, Delhi and Lucknow, and Chennai twice, while clashing with Hyderabad, Bangalore, Punjab and Gujarat once.

This format is similar to the one which existed in 2011. Back then, the two new teams – Pune and Kochi were added to the league. In the meanwhile, the BCCI also confirmed that the 2022 edition will indeed start on March 26.

70 league matches are set to be played across four international venues in Mumbai and Pune. Each team will play four games each at Wankhede Stadium and DY Patil Stadium, and 3 matches each at Brabourne Stadium (CCI) and MCA International Stadium, Pune.

“The 15th edition of the Indian Premier League will be played in a bio-secure environment at a single hub to avoid air travel which is considered as a major threat for the spread of COVID-19 infection, thereby affecting the players and the League/matches,” the BCCI explained.

Here is a list of how many games each venue will host: 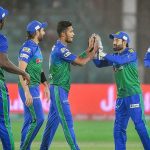