The BCCI has announced the Indian squad for the upcoming tour to England where India will first lock horns with New Zealand in the summit clash of the World Test Championship and then will take on England in the five-match Test series.

Hanuma Vihari and Ravindra Jadeja, who missed out in the home series against England due to injuries, make a comeback while Hardik Pandya and Kuldeep Yadav are missing from the squad. KL Rahul and Wriddhiman Saha will be included in the squad if they clear their fitness Test.

India has been on a rampage in Test cricket and have not lost a series since their 2-0 loss to New Zealand in 2019-20. Since then, they have played against Australia and England and emerged victorious on both occasions.

In their last tour to England, they were humbled by the hosts 4-1. The Indian team has not won a Test series in England since Rahul Dravid led them to a series win in 2007. 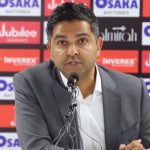 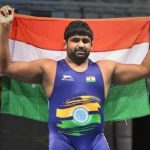