In a major relief to those involved in the Indian Premier League, BCCI have allowed the bubble to bubble transfer of the players. This means that players who’re already in the bubble, as in the India-England series, will be allowed to join their respective franchise without undergoing quarantine and extra RT-PCR Tests. The development was confirmed by the BCCI, stated a report by Cricbuzz.

“Players coming directly from the Bubble created for the India vs. England series may be permitted to join the franchise squad without serving the mandatory quarantine period, provided they satisfy the criteria of moving directly to the franchise team hotel either in the team bus or on a chartered flight (sic).”

“If chartered flights are used then all protocols for crew members must be followed. If the travel arrangements are to the satisfaction of the BCCI Chief Medical Officer then such players will directly enter the franchise team Bubble without the need to serve a quarantine period or undergo an RT-PCR test.”

While it seems that players from the India-England series will be allowed to enter the bubble without any hassle, clouds of uncertainty looms over other players, such as the ones involved in the South Africa – Pakistan series. Even though BCCI has not issued any clarification on the same, a franchise official has confirmed Cricbuzz that South African players will also be eligible for the bubble to bubble transfer, considering that they fly by Chartered Planes. Those who aren’t part of any bubble will have to undergo mandatory quarantine for seven days.

Cricbuzz also reported that BCCI will be issuing wrist bands, that’ll serve as a tracking device, to the players. It’ll be mandatory for the players to wear those bands all the time. In case any player is tested positive, the band will help in identifying his close contacts. 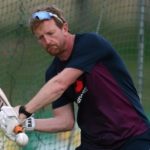 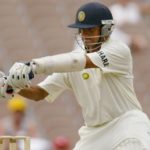