If reports are to be believed, the Bangladesh Cricket Board have decided to postpone the upcoming edition of the Bangladesh Premier League to 2022. The tournament that was set to take place between mid to late 2021 will be pushed to next year due to the unavailability of the national players. Bangladesh are scheduled to tour Pakistan in November, post which they will take part in the ICC World T20, meaning none of the players can take part in the T20 extravaganza. The board is now looking to organize the tournament in the January-February window in 2022. The BCB governing council’s member, Ismail Haider confirmed the development to Cricbuzz.

“We have a couple of windows open for the tournament (BPL). We can either arrange it for November, but the national team is scheduled to tour Pakistan during that time. We could have had it in December but again New Zealand is scheduled to visit Bangladesh during that period. So, ultimately, we have to postpone it until January next year,” Cricbuzz quoted Ismail as saying.

Ismail revealed that the board wants all their national players avaiable for the tournament.

“National team cricketers may not be able to participate in several NCL, BCL, or the Dhaka League competition, due to the international tours and series. We want to make sure we get all the front-line cricketers of Bangladesh in the BPL.”

The previous edition of the Bangladesh Premier League was hosted in December 2019 and was won by Rajshahi Royals. The BCB could not organise the 2020 edition due to the coronavirus concerns. 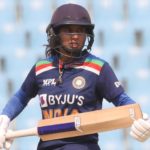 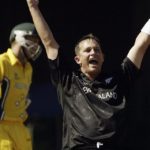