Bangladesh Cricket Board (BCB) have released the list of their centrally contracted players. Ace all-rounder Shakib Al Hasan is back in the list after missing out in 2020 because of his one year ban from all forms of cricket. A total of five players – Shakib Al Hasan, wicketkeeper-batter Mushfiqur Rahim, Liton Das, Taskin Ahmed and Shoriful Islam, have been given an all-format contract.

Meanwhile, Mahmudullah has been given an ODI and T20I deal while Tamim Iqbal has been retained for Tests and ODIs. The duration of the contract will be from May 2021 to December 2021. The decision was taken during a BCB meeting on Wednesday, September 1. A total of 24 players have been offered a central contract which is seven more than 2020, where 17 players were offered contracts.

Tamim, who recently pulled out of the T20 World Cup, has only played three T20I since 2019 thus the board decided to keep him off the list while Mahmudullah has already retired from the Tests. Also six players – Shoriful Islam, Saif Hassan, Mahedi Hasan, Nurul Hasan, Nasum Ahmed and Shamim Hossain – have received their maiden Bangladesh contract. 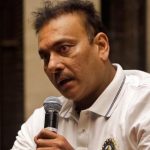