To improve the performance from the previous seasons, the franchises in the Big Bash League (BBL) are busy signing players. Nic Maddinson is the latest signing of the Melbourne Renegades who has left the other Melbourne franchise, the Stars. The left-hander has signed a three-year contract with the Renegades after spending three seasons with the Stars.

David Saker, the Renegades’ head coach was delighted after the new signing. He felt that Maddinson’s experience will help the team a lot and along with the other top players, he will take the team to the new highs.

“Together with Aaron Finch, Shaun Marsh and Sam Harper, Nic gives us another good combination option and obvious experience in the top half of the batting order. He’s also got good hands in the field and has captained other teams which will be beneficial for us,” Saker said according to Cricbuzz.

Nic Maddinson didn’t have a great time with the Stars averaging only 14 in 34 matches at a mediocre strike-rate of 101.55. But he is hoping to contribute to the Renegades and start afresh in the BBL again.

“I have really enjoyed my time playing BBL in Melbourne and I’m excited that I can continue that journey wearing red. I’m really looking forward to the opportunity to contribute on the field and help push the team towards BBL finals. I’m also looking forward to supporting some of the younger guys around the squad as they continue to develop,” Maddinson said. The upcoming season of the BBL is set to commence on December 5 and will go on till 28 January, 2022. 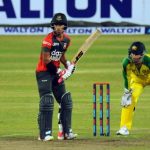 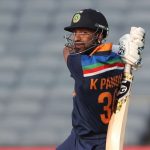