Manchester City manger, Pep Guardioa believes that Bayern Munich are the favourites to win the Champions League despite Manchester city’s decent performances in recent times. Manchester City’s 2-0 win over Borussia Monchengladbach has taken their tally of consecutive wins to 19 yet Guardioa doesn’t consider them as the front runners to lift the titles.

“When I see Bayern Munich I don’t think we are favourites. My target is West Ham in three days.

Manchester City is placed at the top of Premier League and is just a step away from booking a place in the quarter final. Guardiola credited his team’s defence for their winning run in the last few months

“That is the reason why we’re incredibly solid for 19 matches in a row,” he said at his press conference. “Everyone is involved. The defenders concede just one on target. “You have to learn this, all of you, because we make an incredible effort up front with Raz, Phil, Gabriel, Gundo and Bernardo, everyone. 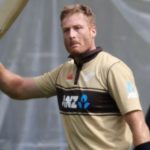 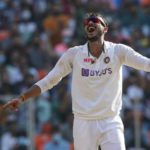