In a bid to fix their jigsaw before the World T20 in UAE and Oman, Australia and Bangladesh will lock horns in a five-match T20I series. Australia come into the series on back of a thrashing by the hands of the West Indies. With key players missing, Australia had little to resist against the Caribbeans and lost the T20I series 4-1. They, however, came back to clinch the ODI series. Bangladesh, on the other hand, won the T20I series against Zimbabwe.

Both teams have few injury concerns. Australia, who were already without their A payers, were dealt with another massive blow as Aaron Finch was ruled out of the tour due to a knee injury. In his absence, Matthew Wade is likely to lead the team. Any official announcement regarding the same has not been made though. For Bangladesh, they will be without the services of Tamim Iqbal, Liton Das and Mushfiqur Rahim. There are also doubts about the participation of Soumya Sarkar, Shakib Al Hasan and Mustafizur Rahman. This will be the first-ever bilateral T20I series between the two nations. Here is all you need to know about the T20I series.

Bangladesh vs Australia Head to Head

Where To Watch Bangladesh vs Australia

Indian can watch the matches live on FanCode App

Bangladesh vs Australia Match Details ( All matches will start at 5: 30 PM IST) 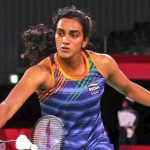 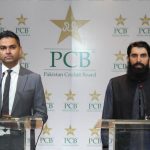