Ace Bangladesh all-rounder Shakib Al Hasan feels the Tigers have developed a winning mentality and will be very confident of their chances in the T20 World Cup. Bangladesh will head into the showpiece event with three consecutive series wins over Zimbabwe, Australia and New Zealand. The conditions in UAE will be pretty similar to Bangladesh and the Mahmudullah-led side consider themselves as serious contenders. Shakib Al Hasan and Mustafizur Rahman will also take part in the second leg of IPL which Shakib feels is an added advantage.

“I am hopeful that the IPL will help everyone,” Shakib said. “We will be spending time in those conditions, play matches too. Mustafiz and I can share the experience with the rest of the team. We will understand the other players’ mindset, what they are thinking about the World Cup, and then report it back to our players.

“Our team will be in Oman at least 15-16 days before the World Cup, which is enough time for acclimatising with conditions and wickets. I don’t think pitches and conditions here will have any impact over there. We have built a winning mentality, which will help us be confident in the World Cup.”

Even though Bangladesh picked up their first series wins over Australia and New Zealand, Shakib was not happy with the pitches offered during the series. The surface in Shere Bangla National Stadium was not feasible for T20I cricket and was far too sluggish where batters from both teams struggled. Shakib said their batsmen need to forget about playing in Dhaka if they are to do well in the T20 World Cup.

“Those who played the last nine-ten matches, are all out of form. That’s how the wicket was. Nobody did well. I hope the batters don’t count this performance.

“Careers will end if any batter plays 10-15 matches on these wickets. Let’s not take this into account. Everyone will try hard to win games for the country.

“I think we are well prepared, by winning these last three (T20I) series. There’s been a lot of criticism about pitches and low scores, but there’s nothing better than winning.

“Such a winning streak takes confidence to a different level. You wouldn’t have it if you played well but lost. We want to go to the World Cup with confidence.” 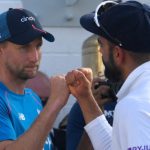 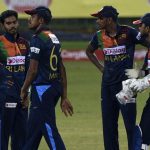