Despite not having their mainstays, South Africa put together a decent team against Pakistan, yet, the Asian visitors comprehensively dominated the Proteas. The Babar Azam led Pakistan clinched the ODI and T20I series to end a memorable tour. The Pakistan skipper was delighted that the series was not a one man show but a complete team effort. Also, Pakistan, over the years have struggled to chase but on this tour, they managed to win every game where they batted second.

“I am very happy with how the team performed on this tour,” said Babar. “It was a complete team effort instead of being a one-man show. The way we started the ODI series pointed to that. Fakhar [Zaman] made a mark and stood out obviously, but I think we should give credit to our bowlers too.”

The series win is a massive boost and the Pakistan skipper wants to capitalize on the form in the build-up to the T20 World Cup in India later this year. However, Babar emphasized on the fact that Pakistan need to learn from their mistakes and keep on improving.

“We’ll go back with a lot of confidence. When you win a series against South Africa in their backyard, it gives you a boost. But that said, we will need to learn from our mistakes and reflect on what we need to improve on. We need to back everyone and give them confidence. Not everyone will perform in every series but what we need to do is capitalize on the form. We go to Zimbabwe now and then there’s the T20 World Cup, so our preparation is in full steam. We’ll look to get everything finalised by the World Cup,” said Babar

The Pakistan bowlers were on the money in the T20I series and managed to restrict the hosts to 188/6, 203/5 and 144 on belters. Babar Azam lauded his bowlers for their stellar show, adding that there are still few areas of concerns which they need to rectify before the Zimbabwe series.

“Yes this was a series with conditions in favour of the batsmen but the bowlers also did a good job. The only thing we could have done better was early wickets but the way we kept coming back into the game was commendable. There are a few areas that we need to work on and the more you work on them, the more the results will improve. They have to.”

Chasing 145, Pakistan were cruising at 98-2. However, the wickets of Babar Azam and Fakhar Zaman derailed Pakistan’s chase. They could only score 21 of their next seven overs and it was only the efforts of Mohammad Nawaz (25 off 21) that helped them get over the line. Reflecting on their performance, Babar said, “A couple of set batsmen got out at the wrong time and that put pressure on the middle order batsmen. We need to discuss with the players about the mistakes and rectify them. When we left Pakistan, we wanted to win the series. Fakhar played well and the bowlers bowled well too.” 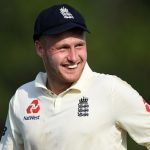 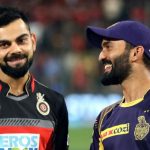