International Cricket Council (ICC) has announced nominations for the Player of the Month award for April. Not much international cricket was played last month with players from a lot of teams being part of the Indian Premier League, Pakistan, South Africa, Zimbabwe, Nepal and two other teams were in action though in different formats.

Babar Azam, the Pakistan skipper, is the first player to be nominated for the award for his exceptional show where he played seven T20Is in April. He scored a total of 305 runs at 43.75 with a strike rate of 126.55 with two half-centuries and a 59-ball 122 at the centurion. Babar also played three ODIs and returned with the scores of 103 and 94 in two of those.

Fakhar Zaman also made it to the list of nominees for his brilliant performance in the ODI series against South Africa which Pakistan won 2-1. Fakhar smashed 302 runs in three innings which also included a 193-run blitzkrieg from him when he almost took his team home in a 300+ run-chase. His performance also took him to the seventh place in the ICC ODI Rankings for batsmen.

The third nominee for the award in Nepal’s Kushal Bhurtel. Not many will be aware of him but the opening batsman created history during the T20I tri-series also involving Netherlands and Malaysia. He scored three consecutive half-centuries and became the first player in T20I history to do so.

He was the leading run-scorer of the tournament with 278 runs to his name even as Nepal managed to win the tri-series thanks to his brilliant run of form with the bat. It also enabled him to enter in the top 100 of the ICC T20I Rankings for batsmen. 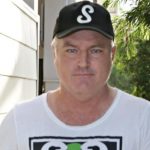