Australia have dealt with a huge blow ahead of the one-off Day-Night Test against India. Their experienced batter Rachel Haynes has been ruled out of the game starting on September 30. Haynes suffered a hamstring injury while fielding in the third and final ODI against India and hasn’t recovered in time for the historic game.

Moreover, she will also not be part of the subsequent T20I series against the same team. Australia head coach Matthew Mott confirmed the news while stating that Haynes is very disappointed to miss out on the Test match specifically as not many are played in Women’s cricket.

“Unfortunately her hamstring is no good. She’s devastated – obviously Test matches don’t come around too often, she’s a key member of our squad so our thoughts are with her at the moment,” Mott said according to Cricbuzz.

Beth Mooney has emerged as the favourite to open the innings in Haynes’ absence. She is coming off a scintillating performance in last two ODIs against India. However, she had also walked out of the field due to injury while fielding but Mott is confident of Mooney’s availability.

“Beth is pretty good. She was very sensible the other day. She felt something and with all the workload that she has been under, we felt that even after that hundred and the quick turnaround she was a high risk.

“And she flagged it quite early and I think the medical staff are very comfortable with where she is at. She’ll train today and I expect she will have a pretty light day tomorrow and be ready for the Test,” Mott further added. 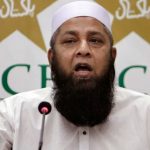 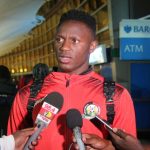