Australia Women defeated the New Zealand Women by 6 wickets in the first ODI at the Bay Oval to take a 1-0 lead in the three match ODI series. New Zealand women batted first and were bowled out for 212 in their allotted 50 overs. Lauren Down was the star performer with the bat for the White Ferns and plundered a 134 ball 90.

In reply, the Australian Women cantered home with ease. Three Australian willow wielders scored half centuries as the Meg Lanning led side made light work of the target of 213. And with this, the Aussies have created an unprecedented world record.

Australian Women’s skipper Meg Lanning reflected on the consistency shown by her side and stated that it was indeed a ‘great achievement’. Lanning also added that the side has a nice mix of youth and experience and they always play an aggressive brand of cricket.

“It’s a great achievement over a long period of time, shows how consistent we’ve been. Something we’ll look back on. That’s been a strength of ours, having key pillars throughout the team. We have a mixture of experience and youth. We like to play an aggressive brand of cricket. We don’t want to put any handbrakes on,” said Lanning at the post match press conference. 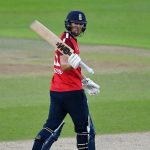 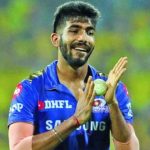