Australia are set to make their first visit to Bangladesh after 2017 for a T20 series that’ll serve as a preparation for the upcoming T20 World Cup in India later this year, reported Cricinfo. Earlier, Tim Paine’s side were slated to play a Test series in Bangladesh as a part of the World Test Championship but the tour was postponed due to the Coronavirus. However, the chances of the series taking place looks grim as there is little time left before the WTC table is finalized in April.

England is also set to tour Bangladesh at the same time which could lead the series being converted into a triangular series between Bangladesh, Australia and England. Australia doesn’t have a Test series lined up for the next 10 months before they host Afghanistan ahead of the Ashes.

They were scheduled to play South Africa in three Test series but CA postponed the tour citing ‘unacceptable’ health concerns for the players. The postponement of the series have dented Australia’s chances of making it to the summit clash of the World Test Championship. They now set their eyes on the India-England series and will hope that the series ends in a draw or England beat India 1-0, 2-0, or 2-1 that’ll take Australia through to the finals. 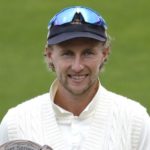 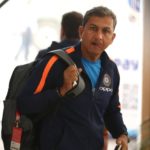