Cricket Australia have decided to retain Matthew Mott as the head coach of the Women’s team ahead of the much awaited World Cup next year. Mott signed a two-year contract extension to stay as the coach of the Australia Women’s team while Ben Sawyer has also been appointed the full-time pace bowling coach of the team.

Mott will now remain at the helm until September 2023 when apart from the 50-over World Cup next year, Australia will also play the Ashes, T20 World Cup and the Commonwealth Games. The team is in great form at the moment and will be looking to scale new heights in the coming months.

Post his extension, Mott expressed his happiness and is excited to continue with the team. “I’m absolutely delighted to sign on for an extra two years and to have the support from Ben, Nick and the Board. As a team there’s a lot of stuff in front of us to be excited about and I’m looking forward to being a part of it.

“Obviously we play India to start off the summer and the Ashes is a massive series for us, but the one-day World Cup in March has been a key driver of the team over the past few years after a disappointing result at the 2017 event in England. There’s a lot to look forward to over the next few years, including our first Commonwealth Games appearance, so it’s a really exciting time to be involved,” he said according to Cricbuzz.

“Matthew is a highly respected international coach, with terrific people skills, a track record of getting the best out of his players and a real passion for the game and his role. We believe he’s the best person to take this incredibly successful team to yet another level,” Oliver said. 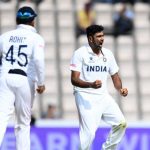