Australia have announced their squad for the limited-overs tour to the Caribbean. The Aaron Finch side will play five T20Is in St. Lucia and three ODIs in Barbados. Australia were without the services of Steve Smith, David Warner, Pat Cummins, Mitchell Starc, Josh Hazlewood, Moises Henriques, Alex Carey and Mitchell Swepson, in their previous series against New Zealand as they were part of the now-cancelled Australia tour of South Africa. However, all of them are back for the West Indies series.

Meanwhile, Marnus Labuschangne, Cameron Green, Ben McDermott, Ashton Turner and allrounder Daniel Sams have failed to make it to the squad. In Swepson, uncapped Tanveer Sangha and Adam Zampa, Australia have included three leg spinners in their squad, giving an insight into their preparation for the upcoming T20 World Cup in India.

“Mitch Swepson has been in exceptional form across all three forms of the game. His Big Bash performances with the Heat have been superb, as was his bowling for Queensland. Tanveer Sanga was extremely impressive for the Sydney Thunder and we regard him very highly. While he didn’t play in New Zealand it was a great opportunity for a young bowler to be around the group. Along with the class of Adam and Ashton we are very fortunate to have four highly capable spinners on this list,” Australia National Selector Trevor Hohns said in a statement.

Josh Philipps and Alex Carey – who haven’t played T20 cricket since last August will be the wicketkeeping options along with Matthew Wade. With Glenn Maxwell, Marcus Stoinis, Mitchell Marsh, Moises Henriques and D’Arcy Short, Australia have plenty of big-hitting all-rounders at their disposal.

“Allrounders are such a critical part of the T20 game, along with our spinners. As we have seen evolve over time having players able to give the captain more options make the team far more adaptable to all situations. We feel we have that luxury in this group,” Hons added. 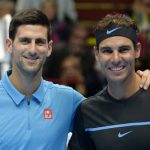 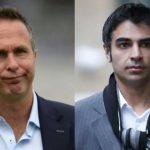