Asia Cup, that was scheduled to take place in June 2021 may be pushed to 2023 if India qualifies for the final of the World Test Championship, informed Pakistan Cricket Board chairman Ehsan Mani. India are currently playing a four match Test series against England and need a win or a draw in the final match to qualify for the summit clash of the WTC, that will clash with the dates of the Asia Cup. Speaking to the reports, the PCB CEO said that last year the Asia Cup was postponed because of the coronavirus pandemic and this year it will clash with the WTC final.

“We swapped the 2020 Asia Cup, which was supposed to be held in Sri Lanka, to 2021 in June because of the pandemic situation last year. However, it’s going to clash with the World Test Championship and hence it will now be held in 2023,” Mani said.

Mani was in the news after his explosive interview where he said that he will push ICC for changing the venue of the T20 Cup if the BCCI doesn’t give them a written confirmation that Pakistan players, support staff and other members will get the Visa for the cricket extravaganza. He further said that ICC has already decided that the T20 World Cup will be shifted to UAE in case of Visa issues. He further made it clear that the Asia Cup won’t move out of Pakistan after BCCI claimed that they’ll boycott the tournament if it’s held in Pakistan and not in a neutral venue. 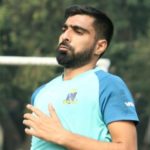 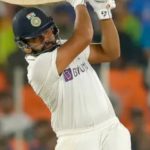