In a big setback for India, senior and in-form all-rounder Ravindra Jadeja has been ruled out of the remaining part of the Asia Cup 2022. He sustained a knee injury just before the commencement of the super four round of the tournament. Notably, it is the same injury because which he was ruled out of the ODI series against West Indies.

It is very crucial both for the team and Jadeja to recover from the injury as soon as possible because India is eyeing the final preparations for the upcoming T20 World Cup 2021. Apart from that, it will also be a brainstorming question before the management that who will replace Ravindra Jadeja in the next match of the Indian team in the Asia Cup against the arch-rivals Pakistan.

So, here we’ll have a look at three players from the squad who might replace Jadeja in the playing XI of team India for the match against the men in green. The 28-year-old all-rounder has been there with the team continuously during the last couple of white-ball bilateral clashes against England, and West Indies and the series against Zimbabwe concluded just before the Asia Cup. Axar Patel has delivered efficiently for the team in the last couple of months both with the bat and the ball.

He played a very remarkable role in India’s victory during the second of the three-match ODI series against West Indies. In that match, he scored an unbeaten knock of 64 runs to cross the line for team India. So, considering it as a like-to-like replacement for Jadeja, Axar Patel seems to be a first choice for the management.

He can make it to the playing XI of the team in the absence of senior all-rounder Jadeja to give strength both in the batting and bowling. 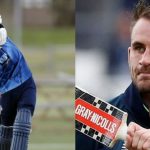