Former South Arica batter Ashwell Prince has made a shocking revelation regarding racial discrimination in the South Africa team. Prince, who was part of the team under Smith’s leadership in the early 2000s, said he was branded as a quota player and was not welcomed in the team. These allegations during SNG hearings have shocked the cricketing fraternity and more such players are planning to come out in the open to speak on the issue.

It all came to light last year when fast bowler Lungi Ngidi started the campaign ‘Black Lives Matter’. The right-arm pacer’s movement led to other former cricketers speak about what was the team environment back when the players were part of the national team.

“You think that you’re playing for your country, that you’re living a dream, but it was no dream,” said Prince to SA Cricket MAG.

The Cape Cobras coach also mentioned one incident when Gary Kirsten was the head coach of the team. He revealed that a player of colour was shown the door when he was about to discuss things related to team bonding. Paul Adams, a former spinner in the South African team too was not treated well when his teammates mocked him with a song of Boney M song ‘Brown Girl in the Ring’. 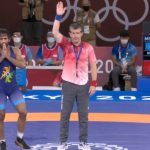