The opening Test of the much-awaited Ashes series is likely to be entirely marred by rain. The Test match is scheduled to start at the Gabba on December 8 but it has been continuously raining in Brisbane over the last week or so.

Both England and Australia have been training indoors and haven’t had much of a chance to bat in the nets at the venue due to persistent rain. Moreover, England’s practice game against England Lions was also washed out with only 29 overs of play possible across all three days.

Even Australia’s practice game against Australia A had to be cancelled and things don’t seem to improve in the lead up to the Test match as well. According to reports in Mirror, more torrential rain is scheduled for the East Course during the duration of the Test match. It is being feared that both teams might go Adelaide for the second Test massively underprepared with no real match practice.

Brisbane Test wash out is, in a way, a good news for England who are yet to win a Test at the venue since 1986. They could draw the Test match in 2010 thanks to Alastair Cook’s scintillating double ton but have no wins to show for almost 35 years now. On the other hand, Australia have only one Test at the Gabba in this century and that too against India in the last summer.

Unless forecast dramatically changes over the next few days, cricket fans will have to wait more for the Ashes to actually get underway it seems. The second Test in Adelaide in scheduled to be played from December 16. 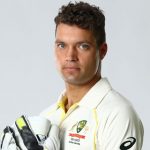 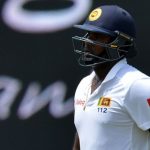