The fifth Ashes Test, which was scheduled to take place in Perth, has been moved out of the city owing to the COVID-19 threat. The city has seen a steady rise in the number of COVID-19 cases of late and the government has imposed stern COVID-19 protocols. The move of the fifth Test from Perth became inevitable after the government mandated the players to serve 14 days in quarantine on arrival in Perth. Also, the families were barred from accompanying the players. England players were already reluctant to play the series under strict curbs thus both boards agreed on moving the Test out of Perth.

Cricket Australia CEO, Nick Hockley expressed his disappointment over the development and said they tried their best to make things work out but the situation was out of their control. “We acknowledge and appreciate the efforts of the WA Government, relevant agencies and Perth Stadium over recent months,” Nick Hockley, Cricket Australia CEO, said. “We are very disappointed that we are unable to stage the fifth Vodafone men’s Ashes Test at Perth Stadium. We did everything we could in partnership with the WA Government and WA Cricket to make it work under the current border and health arrangements, but unfortunately, this was not possible.

“We are particularly disappointed for Western Australian cricket fans who were so looking forward to seeing the first-ever Ashes Test at the new stadium.”

The Ashes is set to get underway on December 8 at Gabba. The second Test will be played in Adelaide, followed by the third and fourth Test in Melbourne and Sydney respectively. The venue for the fifth Test is not decided yet.

Pat Cummins will lead Australia in the series after Tim Paine took an immediate break from all forms of cricket and stepped down from captaincy following a sexting scandal. Meanwhile, England have been boosted by the return of Ben Stokes. 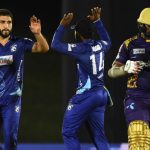 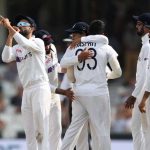