England are staring at a near certain defeat in the first Test at Gabba. The team was bundled out for a mere 147. Australia in their response have posted a mammoth 343-7 at the end of Day 2, leading by a huge margin of 196 runs.

If the situation wasn’t concerning enough, England have another major issue to deal with. The team is sweating over the fitness of ace all-rounder Ben Stokes, who injured his knee while fielding on Day 2. The all-rounder returned to professional cricket for the marquee series. Earlier, he had taken an indefinite break from cricket owing to mental health issues. He was also struggling with a finger injury for which he underwent few surgeries. At one point, Stokes was almost certain to miss the series but a dramatic recovery of his finger boosted his return.

It was a strange day for Stokes, who bowled 14 no-balls in the first session. He also ‘bowled’ David Warner on just 17 on a no-ball. Speaking about the match, David Warner, Marnus Labuschagne and Travis Head carried over the Australian batting. Warner was dismissed for 94, while Labuschagne scored 74. Travis Head, who was added to the team ahead of Usman Khawaja, is unbeaten on 112. For England, Ollie Robinson was the best bowler and accounted for three wickets. 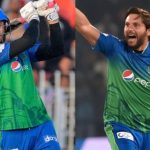 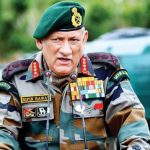