The upcoming Ashes series is scheduled to begin at Gabba in Brisbane on December 8. After a lot of deliberations and discussions, the England Cricket Board (ECB) finally relented to play the five Test matches amidst the Australian government’s strict COVID-19 norms and protocols. Now, if reports are to be believed, then the England players wanted to play the first Test match in Sydney instead of Brisbane.

The CA, though has denied the ECB and its players’ request. The English cricketers were keen to start the first Test match in Sydney because it is set to become the first state to allow travelers without the mandatory quarantine. The state is allowing the fully vaccinated travelers to just show the negative COVID-19 report. Meanwhile, Brisbane has no such rule as of yet due to failing to get the vaccination drive going.

In Brisbane, the English players have to undergo a 14 days quarantine and so the cricketers’ along with the ECB were keen to play the opening Test in Sydney. The CA though does not like the idea and feels the entire schedule of the five-match series could be disturbed.

As per a report in Daily Mail, CA didn’t find the request appropriate and felt the other states’ border rules and regulations might put the Joe Root-led team in trouble. Former England captain Kevin Pietersen has come down hard at the CA and feels players are now tired with bio-bubbles, and this stance of the CA is not right.

“There is NO WAY I would go to The Ashes this winter.  ZERO chance!  Unless the ridiculous quarantine rules were squashed and my family could travel with zero restrictions. Players are now done with bubbles! DONE!!!!!!!,” Pietersen tweeted.

As per the original schedule, Sydney is set to host the fourth Test from January 5 to 9. 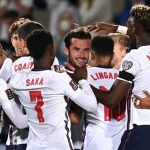 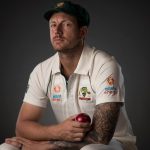