Cricket Australia’s (CA) has named an unchanged 15-member squad for the remainder of the Ashes Test series. Melbourne, Sydney, and Hobart will play hosts to the third, fourth and fifth Test matches respectively. Regular skipper Pat Cummins and fellow pacer Josh Hazlewood are due to join the squad on December 23 ahead of the Boxing Day Test match in Melbourne.

Cummins and Hazlewood missed the second Test in Adelaide. The former was deemed a close contact of someone who had tested positive for the COVID-19 while Hazlewood missed the Test due to suffering from a side strain. Unless there are no major concerns due to illness and injuries, both the pacers should return for the Boxing Day Test match.

Meanwhile, the national selectors naming the same 15-member squad for the remaining three Test matches prove Australia’s strong showing in the first two Test matches. The hosts are leading the series 2-0 after their 275-run thumping win in Adelaide.

Australia put on a dominant performance against England in Brisbane and beat them by nine wickets. Travis Head and Cummins were the chief architects of the victory.

In the second Test in Adelaide too, the hosts batting and bowling clicked. In the first innings, Australia posted 473 on account of good contributions from Marnus Labuschagne, David Warner, and Steve Smith. Later, with the ball in hand, they restricted England to just 236. Mitchell Starc picked up four wickets.

The only slight concern for hosts would be the form of opener Marcus Harris. However, he is likely to partner Warner at the top in the third Test match in Melbourne. 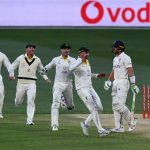 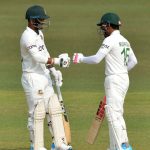