England is considered as one of the formidable sides in the red-ball format. However, their performances in the longest format in 2021 have been quite dismaying. The team endured a poor outing against India in the home and away series earlier this year.

The script hasn’t changed for England in the ongoing Ashes as well. Australia dominated the visitors in the first two games and are in complete command of the third Test as well. The team was bowled out for 185 in the first inning of the Melbourne Test.

Meanwhile, Twitter is in disbelief looking at England’s dismal numbers in 2021. Former Australia cricketer Damien Martyn took to Twitter and said there is clearly something wrong with the England team. England have evolved their cricket in white-ball format but their performance in Test cricket has taken a massive dip. The team is laced with stroke-makers but lack batters who can spend time at the wicket.

“Clearly something is wrong. From a batting point of view just look at the 2021 batting averages for England. #ashes,” Martyn’s Tweet read.

Clearly something is wrong. From a batting point of view just look at the 2021 batting averages for England. #ashes https://t.co/dn5bAp6rsf

Apologises – actually only the 12th time. All is well

This is something you can't digest as a cricket fan.

And this is in-spite of an absolutely stellar year for Root. Scarcely believable how worse it could have been had Root not been in a demi-god mode

Arguably the worst batting performance by Eng in tests in the 21st century.

Too much focus on limited overs cricket over the last few years? 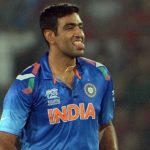 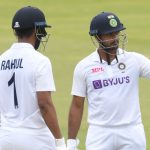