The England Cricket Board has confirmed the unavailability of Jofra Archer for the upcoming ODI series against India and the first few games of the Indian Premier League. Archer, of late, has been struggling with an elbow injury. As a result, he missed the fourth Test against India but recovered fast enough to play the full T20I series. However, it is now believed that he’s not 100% fit and will return to the UK for further investigation by the ECB’s medical report, as per Cricinfo. Archer’s absence will be a huge blow to Rajasthan Royals who were hoping for a turnaround after a miserable last edition of the tournament. The Indian Premier League gets underway on April 9.

“Jofra’s elbow issue has deteriorated over the course of the T20I series and made it increasingly difficult for him to maintain performance levels,” an ECB statement said. “He has been deemed unfit for selection for the ODI series that features matches on 23, 26 and 28 March.

“The ECB medical team will assess the player and, together with Jofra, develop a treatment plan and a return-to-play schedule in due course. As a consequence, Jofra will miss the start of this year’s Indian Premier League.”

England have named the 14 man squad for the ODI series. Joe Root and Chris Woakes, who were part of the Test series have returned home and won’t be part of the series. Matt Parkinson, the 24 year old leg spinner, who played 2 ODIs against South Africa may be given a chance on the spin friendly wickets. Ahead of the T20I series, Morgan hinted that England will use the ODI series as an opportunity to test their bench strength thus we could see players like Liam Livingstone and Reece Topley donning the English Jersey against India. 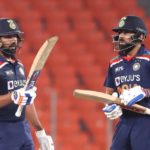 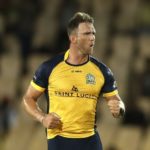