The third Test between India and England is underway at the Motera Stadium in Ahmadabad with hosts bossing the game after restricting the visitors for a paltry 112 in the 1st innings. England had no answers to the class bowling by Ravi Ashwin and Axar Patel who shared nine England wickets between them as the visitors succumbed to a below par score. India now have a massive advantage in the match and are firm favourites to go 2-1 up in the series.

This is a historic Test in many ways as it’ll be the first time India will play in the refurbished Motera Stadium, the largest in the world with a seating capacity of a stunning 1,32000 spectators. Ahead of the toss, President Ramnath Kovind along with Home Minister, Amit Shah, BCCI secretary, Jay Shah and other prominent dignitaries inaugurated the historic venue. Motera surpassed Melbourne Cricket Ground, which has a seating capacity of 9,000, to become the largest stadium in the world.

While Virat Kohli will be happy with his team’s performance, Anushka Sharma will be there in the stands to cheer for his husband. As per the sources, Anushka Sharma along with her daughter has travelled to Ahmedabad to be with Virat Kohli. However, it’s unlikely that Virat’s daughter, Vamika will make the public appearance as the couple has already made it clear that they want to raise their child away from the public eye. 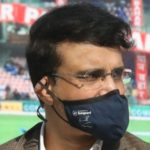 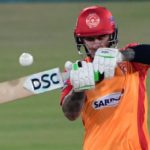