Star South Africa pacer Anrich Nortje has been ruled out of the upcoming three-match Test series against India due to injury. The series gets underway on December 26 in Centurion. South Africa have not named their Test squad yet but Nortje is one of their key cogs of the Test setup and was set to be part of the squad.

The series was in serious doubt after a steady rise in COVID-19 cases in South Africa. However, BCCI decided to go ahead with the tour after assurance from the South Africa health ministry for a completely safe bio bubble. Indian team have already reached South Africa and have begun their preparations for the series.

Proteas speedster Anrich Nortje has been ruled out of the Test series against India.

Speaking about the India squad, the team will be without the services of Rohit Sharma, who was ruled out of the series owing to an injury. Priyank Panchal has been added to the team. Meanwhile, KL Rahul has been named as Virat Kohli’s deputy.  The series gets underway on December 26 in Centurion, followed by matches in Johannesburg and Cape Town from January 3 and January 11 respectively. 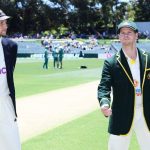 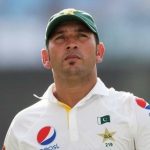