With the COVID situation worsening in India, several overseas players have decided to opt-out of the Indian Premier League. On Sunday, Andrew Tye became the first Australian to withdraw from the remaining matches of the IPL. A day later, two other Australians Adam Zampa and Kane Richardson also pulled out of the T20 extravaganza.

Post reaching Australia, Andrew Tye has raised questions on the morality of the IPL, at a time when the country‘s health infrastructure is about to collapse.

In an interview with SEN, the RR pacer reckoned that it’s not right to spend millions on IPL when the country is on its knees due to the COVID-19 and several people have lost their lives because they can’t afford the medical treatment.

“But looking at it from an Indian point of view, how are these companies and franchises spending so much money, and the government, on the IPL when there’s people not being able to get accepted into hospital?,” Tye questioned, reported cricket.com.au.

“If sport can continue and be one of those avenues to relieve stress or give a glimmer of hope that the world is OK and there is light at the end of the tunnel, I think it should go ahead.

“But I know that’s not everyone’s feelings and I completely respect everyone’s views from all angles.”

Several players including the likes of Devdutt Padikkal, Nitish Rana, Axar Patel tested positive for COVID-19 before the start of IPL. However, BCCI decided to continue with the tournament and since have maintained a very strong bubble. However, Tye was dubious if the environment will continue to be safe in the coming days.

“From a player safety point of view, we’re safe now but is it going to stay safe?” Tye asked.

Tye further revealed that he decided to flew back home as he didn’t want to get stuck in India. The Australian pacer has been in the bio bubbles since September last year and admitted that the bubble life took a toll on his mental health.

“I just thought I should try and get on the front foot and get home before I got locked out of the country. I think I’ve had 11 days at home and out of the bubble since August. I just wanted to get home. Dealing with the stress of bubble life has taken its toll.” 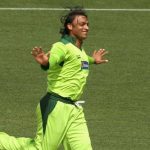 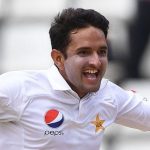