India and Australia will face each other in the series decider at Gabba, Brisbane. The hosts have an enviable record in that venue. The Indian side kicked off the Test series without one of their finest pacers in the most extended format, Ishant Sharma. To make things worst, the team was already missing the services of Rohit Sharma for the first two games. The Australian team managed to grab a memorable win in the first Test. Ajinkya Rahane’s calm and composed leadership helped India to win the Melbourne Test. India proved why they are among the best teams in the world. The team went on to claim a remarkable victory by eight wickets in Melbourne.

The Indian side was in massive trouble as captain Virat Kohli had to head back home. However, Rahane led the team, and debutants Shubman Gill and Mohammed Siraj made the stage their own.

The trouble continued for the Indian side as the majority of their players were injured. Mohammed Shami and Umesh Yadav were out of the series after sustaining injuries. The cycle of handing out debuts continued for the Indian team. Navdeep Saini came in as a replacement of Yadav in the XI. At the end of the third Test, India scripted a famous draw to keep the series alive.

The Gabba stadium has been Australia’s fortress in Test cricket for several years now. Many cricket teams came and tried their best, but none of them managed to defeat the men in yellow in the last 28 years. Australia not only made Gabba their fortress but also dominated teams at the historic venue.

Australia is unbeaten at Gabba since 1988

Australia’s last Test match defeat in Brisbane was against the West Indies team, back in 1988. From that point until today, the Australians are undefeated in 31 Test matches. The team have 24 wins and seven draws.

India is yet to win a match at The Gabba

India has an awful record at Brisbane. The visitors have played six Tests, failing to win any of them. India’s best was a single draw in 2003.

There are only Australian batsmen in the top 20 run-getters in Tests at the venue. Australia’s star batsmen David Warner and Steve Smith are featuring at the 7th and 18th spot respectively.

Considering how the Indian team have managed to overcome all the challenges and turn them into opportunities in the series, they have the chance to put an end to Australia’s streak at the Gabba. Will they make it? 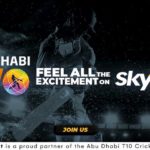