Legendary Bollywood actor Amitabh Bachchan has sarcastically compared his fan following on Instagram to India’s Test captain Virat Kohli. Bachchan, the biggest star of the Indian film industry, shared a photo of himself on Instagram, wherein he was looking sleek and dapper. He also had a wry smile and lamented that fact that he does not have mighty popularity and following on social media as Kohli.

Bachchan gave a cheeky caption to the post that said, “.. she sent it to me .. saying to look at myself… I did, and gave it up for others too .. that be the story behind the post .. honest truth .. and the numbers still elude .. Virat the highest and the mightiest at somewhere in 160 m plus .. and look Ma, me at barely 29 m, tux and all notwithstanding !!!”

Currently, the Bollywood Actor has 29.2 million followers on Instagram, while Kohli has a whopping 172 million followers. The 33-year-old is currently ranked first in India in terms of followers on Instagram. Kohli’s posts always are liked and shared by fans across the world. Recently, the Indian Test captain’s post on the birth of his daughter in January became the most liked post of 2021.

Meanwhile, ‘The Shehenshah of Bollywood’ is a big supporter of the Indian cricket team. He is often seen cheering the team from the stadium. Kohli also never misses an opportunity to praise the veteran actor. In 2019, he congratulated him on winning the DadaSahebPhalke award. “Congratulations Amitabh Bachchan Ji on being conferred the prestigious #DadaSahebPhalkeAward. Through your contribution to Indian cinema, you have been and still continue to be an inspiration to many. @SrBachchan #GreatestOfAllTime,” he wrote 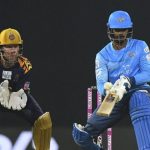