While India dominated England in the Test series, the T20Is saw the visitors match Kohli’s men neck and neck. At one point, England were leading the series 2-1 but India made a roaring comeback, winning the final two T20Is and clinched the series 3-2. England and India are the top two ranked ODI teams and would leave no stone unturned to pocket a victory. The Thee Lions would love to end the tour on a high while the Men in Blue would look to clean sweep one of the best teams in the world. The squads of both teams are pretty much the same thus the ODIs promises to be another cracker of a series.

The ODI series will kick off on March 23 at the Maharashtra Cricket Association Stadium in Pune. The next two games are scheduled for March 26 and March 28 at the same venue. All the games will be day-night matches and will get underway at 1:30 PM local time.

Where to watch/ live stream

Star Sports Network will broadcast the India-England ODI series in India. The fans can also live stream the matches on their Disney + Hotstar application.

The series could see Suryakumar Yadav, Prasidh Krishna and Krunal Pandya don the Indian jersey for the first time in ODIs. It will also be an opportunity for players like Shikhar Dhawan and KL Rahul to get back to form after a disappointing T20I series.

For England, Jofra Archer and Joe Root are the two major omissions. Ahead of the T20I series, Eoin Morgan mentioned that the ODIs will be used to give their fringe players some international exposure thus we could see players like Liam Livingstone, Matt Parkinson and Reece Topley making a cut into the playing XI 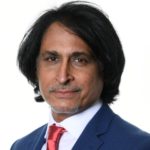 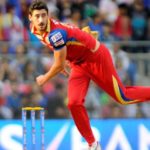