Rafiq also pinpointed Ballance and accused him of using the word ‘Kevin’ to address the players who were non-white. He also revealed that Hales also named his dog ‘ Kevin’.

Hales further said that he fully sympathizes with Rafiq on what he underwent and opined that there is no place for racism in the sport.

“I entirely respect and have huge sympathy for both the stance Azeem Rafiq has taken and what he has had to endure. His evidence was harrowing.

“There is no place for racism or discrimination of any kind in cricket and I will gladly co-operate with any investigation the game’s authorities choose to hold.

“Neither I nor my representatives will be making any further comment on the matter.”

Nottinghamshire has now begun an internal investigation on Rafiq’s claims on Hales. The club also said that it remains totally committed to making cricket free of all such evil practices.

“Following on from the testimony provided to the DCMS select committee regarding Alex Hales, we have commenced the appropriate internal process and will continue to liaise with Alex and his advisers accordingly,” a Nottinghamshire statement read.

Rafiq also revealed that one Nottinghamshire player had also contacted him and told about his experiences of facing racism. 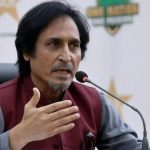