Despite having a memorable debut, Ollie Robinson’s cricket career is in Jeopardy after England Cricket Board (ECB) suspended the pacer for his old ‘racist and sexist’ comments. Now, if reports are to be believed, ECB is investigating another England player for posting historic offensive material. According to Wisden.com, ECB got to know about a racist tweet from one of his cricketers but chose not to disclose his identity as he was just 16 when he posted the tweet.

Sports bodies in England are intolerant to racism or any kind of abuse. Even England’s football team, who are currently gearing up for the Euro 2020, take a knee before every match in support of the ‘Black Lives Matters’ movement. Also, recently when Jofra Archer and Moeen Ali was subjected to racist remarks, every England cricketer came in support of them.

“It has been brought to our attention that an England player has posted historic offensive material on their social media account. We are looking into it and will make further comment in due course,” a spokesperson for the England and Wales Cricket Board said.

The Robinson saga brought huge embarrassment to the ECB as the tweet resurfaced hours after England and New Zealand players shared a ‘moment of unity’ by wearing T shirts designed to show collective stance against discrimination of any kind. Meanwhile, England have recalled off-spinner Dom Bess as a replacement to Ollie Robinson for the second Test. 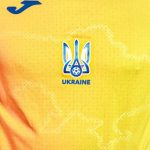 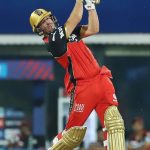