Jasprit Bumrah is currently hailed as one of the best bowlers going around in world cricket. However, there are always divided opinions on players, and the former Pakistan pacer Aaqib Javed has weighed in the topic with his views. Javed drew the comparison of Bumrah with Pakistan pacer Shaheen Afridi and stated that the former has an upper hand when it comes to death bowling but Afridi is a better option with the new ball. Javed recently advised Indian skipper Virat Kohli to learn some batting techniques from Babar Azam.

The former Pakistan player gave his views about the pacer in his latest chat with Cricket Pakistan.

“Jasprit) Bumrah is a really good bowler who is good at everything. Right now, he is better than Shaheen (Afridi) in terms of death bowling. Although, with the new ball, Shaheen is ahead of him,” stated Javed.

Talking in the same line, Javed showed his disappointment, stating that Pakistan team management is not making the proper use of Afridi as his workload is more than required. Also, Javed believes that Afridi should be played only in important matches to keep him less burdened.

“It is injustice with Shaheen to make him play every match. Pakistan’s team should manage his workload carefully. They should not play him when the team has lost the series; they need to adopt a proper rotation policy. Shaheen should only play those matches which are important,” added Javed. 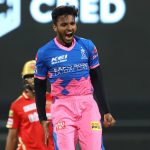 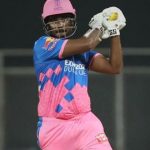