Fast bowler Isuru Udana shocked the cricketing fraternity by announcing retirement from international cricket. He was only 33 years and had a good amount of cricket left in him. With the Lankan Lions struggling to win games consistently and rebuilding at the moment, this news has certainly come at the wrong time. Already Sri Lanka cricket is going through a tough time with impending contract issues, players suspended for indiscipline, and playing a poor brand of cricket.

There was a glimmer of hope when the Island nation managed to win the T20I series against India 2-1, but with Udana’s retirement, it seems more players will follow suit and look out for other opportunities instead because of the poor payment offered by the board to the players.

Although the Sri Lanka Cricket (SLC) board announced prize money for its players for winning the series against India, it might lose out on more such talented players like Udana, who may want to pursue cricket, albeit with some strong financial income to go with it. The next assignment for Sri Lanka is the limited-overs series against South Africa starting in September.

If reports in Islandcricket.IK has to be believed, then another Sri Lankan fast bowler is likely to soon announce retirement. With Niroshan Dickwella, Kusal Mendis, and Danushka Gunathilaka suspended for one year and other youngsters failing to grab opportunities, Sri Lankan cricket is staring down the barrel. Speculations are also rife that one among the three suspended players might migrate to the USA.

Mendis, Gunathilaka, and Dickwella were found guilty of breaching the bio-bubble in England. All three players were the most experienced players in the Lankan team. 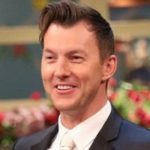