Yesterday, Sunrisers Hyderabad dropped a bombshell and sacked David Warner as SRH’s skipper and handed their reigns to Kane Williamson. They also confirmed that they are going to make some key modifications in the overseas combination. Now, SRH coach Tom Moody has confirmed that David Warner will not be taking part in SRH’s fixture against Rajasthan Royals.

The franchise released a long statement and confirmed the sacking of David Warner.

“Sunrisers Hyderabad would like to announce that Kane Williamson will be taking over the captaincy for tomorrow’s match and for the remainder of IPL 2021. The team management has also made the decision that they will be changing their overseas combination for tomorrow’s match against Rajasthan Royals.

This decision has not come lightly as the management respects the enormous impact David Warner has had for the franchise over a number of years. As we face the remainder of the season we are sure David will continue to help us strive for success both on and off the field.”

SRH is having a torrid time in the tournament and have lost five of their six games. Warner has not done much with the bat either. He did score a half-century in the last game but he was severely criticized for his slow approach. Warner scored a 55 ball 57 against CSK. It was expected that Jason Roy will replace David Warner in the team but Williamson has opted to go in with Mohammad Nabi. In addition, Bhuvneshwar Kumar and Abdul Samad are back in the playing XI. 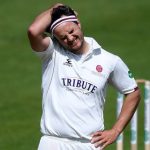 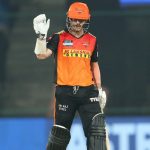