Afghanistan Cricket Board’s (ACB) new chairman Azizullah Fazli has revealed he will visit Pakistan next week to propose an ODI series in Afghanistan. The news comes amidst outrage against the Taliban who’ve banned women’s cricket. Australia have made it clear they are not keen on playing Afghanistan if the women’s team is not allowed to play. The upcoming Test between the two teams is on the verge of cancellation and the team may also boycott Afghanistan in the T20 World Cup. Several more teams are also likely to follow the same route. Moreover, ICC may strip their Test status from Afghanistan as a women’s team is mandatory to get the status of a full member of ICC.

While not a lot of things are going right for Afghanistan, Fazli is keen on improving ties with neighbouring countries. The chairman said he will visit Pakistan, India, Bangladesh, and UAE to meet officials of the cricket board. “I am taking a tour of Pakistan from September 25 and then will go to India, Bangladesh and the United Arab Emirates to meet officials of cricket boards,” NDTV quoted Fazli.

Both Pakistan and Afghanistan were set to clash in a three-match ODI series in Sri Lanka. However, the series was cancelled due to logistic issues and a surge in COVID-19 in Sri Lanka. Fazli further said he wants to improve the cricket infrastructure in Afghanistan and need the support of other cricket boards.

Meanwhile, there are reports that ICC may bar Afghanistan from participating in the T20 World Cup if they play under the flag of the Taliban. Afghanistan are placed alongside India, Pakistan, and New Zealand in Group B and play their first game against a qualifier team on August 25 in Sharjah. 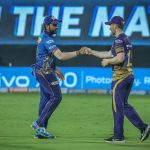 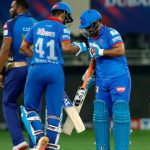