The fourth edition of the world’s only T10 cricket tournament officially approved by the International Cricket Council (ICC) will be held from January 28 to February 6, in Abu Dhabi. Separated into two groups of 4 teams, each group will qualify 2 teams for the semi-finals. The final will be played in the only venue for the entire tournament: the Sheikh Zayed Stadium, in Abu Dhabi.

Licensed by the Emirates Cricket Board (ECB), the Abu Dhabi T10 cricket league is the first internationally ten-over-a-side competition sanctioned by the ICC.

A growing format in cricket sports, the UAE product continues its strategy of capturing audiences worldwide. Not only through a high energy format of 90-minute matches, but also through teams bringing some of the best cricketers to play in the competition.

With a Player’s Draft held in Abu Dhabi, each of the 8 franchises built their line-ups from a pool of 600 international cricketers. It’s safe to say it will be hard to predict the winner of this 10-day competition, as all teams have impressive lineups.

The defending champions Maratha Arabians have a good mix of experience and young talent, with Shoaib Malik and Mohammad Hafeez leading the pack.

Placed 3rd in last year’s edition, the Bangla Tigers will rely on Andre Fletcher‘s batting skills to improve their result and be in the finals. Together with Sri Lankan pacer Isuru Udana, expectations are high for the team.

With just one win in 6 matches last season, the Delhi Bulls are determined to display better performances this season. With Dwayne Bravo and Mohammad Nabi on the roster, it will be a surprise if DB repeats the 2019 league record.

Also out of the playoffs last season, the Northern Warriors have a great line-up to make the dying stages of the competition this season. With players like Andre Russell and Nicholas Pooran, NW are definitely a team to be considered.

Last year’s runner-up Deccan Gladiators are back again to fight for the title. Losing by 8 wickets in the 2019 final against the Maratha Arabians, the team led by Sunil Narine and Kieron Pollard are an obvious contender for this season’s title.

After a season where they had a 10-run loss against the Deccan Gladiators in Qualifier 2, Shahid Afridi’s Qalanders will try again to be competitive and reach the final stages of the tournament.

Team Abu Dhabi failed to reach the playoffs last season, but Chris Gayle’s team will definitely be motivated to clinch their spot this time.

Lastly, Thisara Perera’s Pune Devils will debut in the tournament. 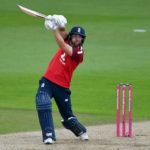