The fifth edition of the T10 League is set to get underway on November 19. The tournament will see several prominent cricketers take part in the event. Former South Africa spinner Imran Tahir, who will be playing his second season of the league, is keen to set the stage on fire. Tahir said he will try to use the experience of the previous season and work out new plans to give better performance. Tahir will play for Northern Warriors along with Chris Jordan, Moeen Ali, Rovman Powell among others.

“Last year I was in T20 mode, and I was playing for the first time, so I found it quite difficult to bowl, but I didn’t do so bad. I just think I could have done better. Now, I have got that experience, and with my new plans, I am hoping that I’ll be able to bowl well in T10 cricket going forward, and I will try to bowl as tight as I can,” said Tahir.

“This will be my second year, so I will come up with a different plan and thoughts on how I need to be bowling in T10 if I get to bowl in the powerplay or in the death over so I’m really hoping that I will be better than what I was last year, and I think that’s how I should be going forward,” said Tahir.

T10 is a format that’s very harsh on the bowlers, more so for the spinners, as the batters are looking to go berserk from ball one. Tahir revealed his plans and said he will focus on containing runs rather than taking wickets. “Personally speaking, I don’t like to go for boundaries, I like to bowl tight so I don’t look for wickets. I rather have my teammates take wickets, and I’ll be very happy. Also, if I go tight, let’s say six-run an over or eight an over, I’ll think I did my job fantastically.”

Tahir also shed light on the future of the format and said he feels that a T10 World Cup could also be staged in future. “The way T20 started people were saying the same for it, now T10 started, people are saying the same. I believe it is all the owners and sponsors efforts that the league is going on till date, so all the credit goes to them firstly, and I definitely feel that in the coming forward days it’s possible, if not now then in the coming 5-10 years it’s definitely possible for the T10 world cup to happen.” 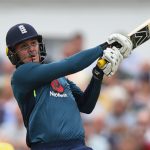 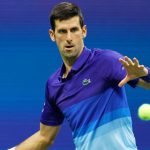